Vialma is a music app specifically designed for classical music and jazz. They wanted to redesign their music player's two states: the slim / collapsed state, which sits at the bottom of the screen, and the expanded state, which takes up the entire screen.

Vialma is desktop app as well as a mobile app, so the design needed to accomodate for that. In order to deal with the limitations of smaller screen, I laid out a different structure for both versions of the player. I also provided Vialma's development team with designs for different interactive states of player elements, for example hover states, now playing states, pause and play buttons etc. 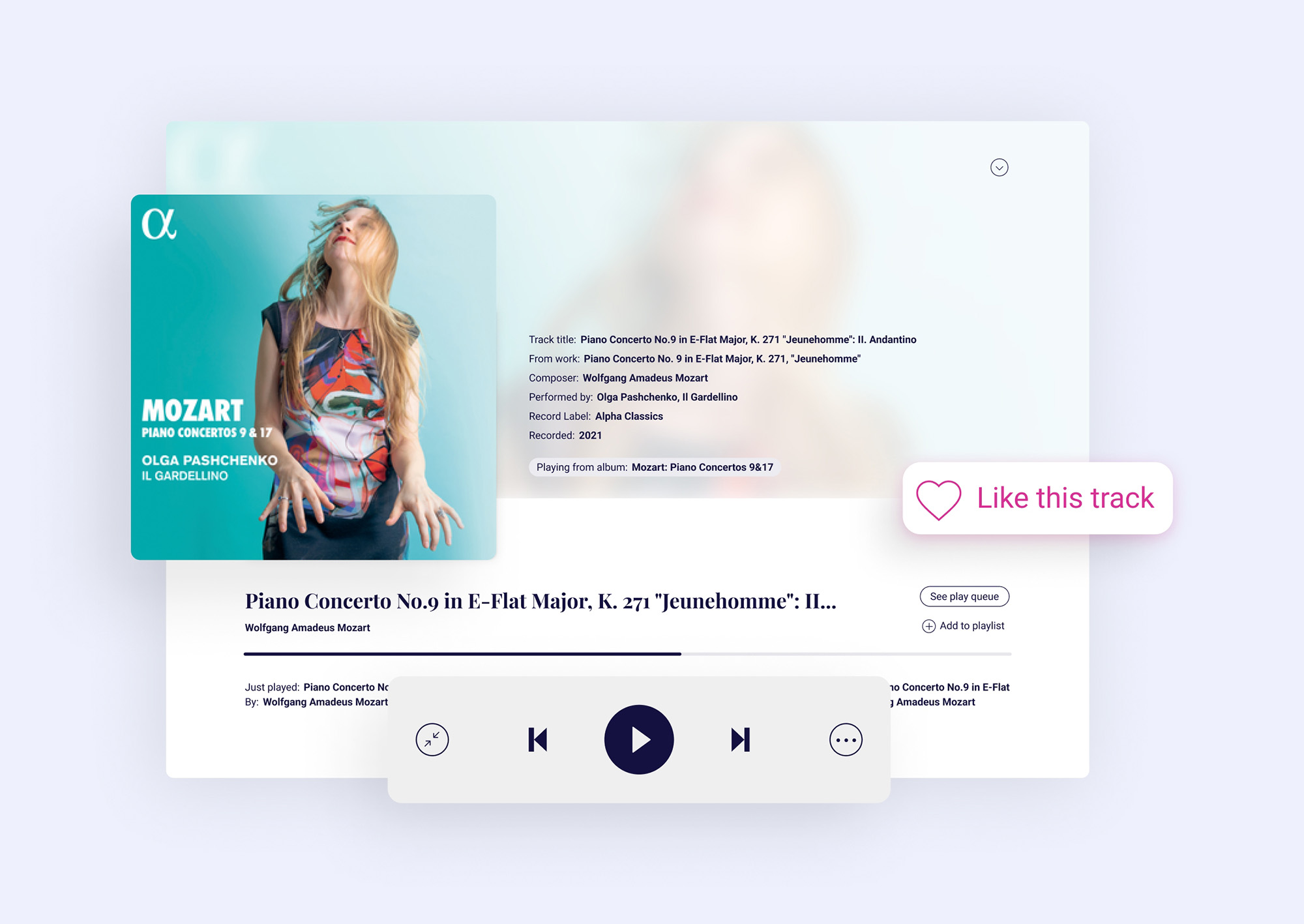 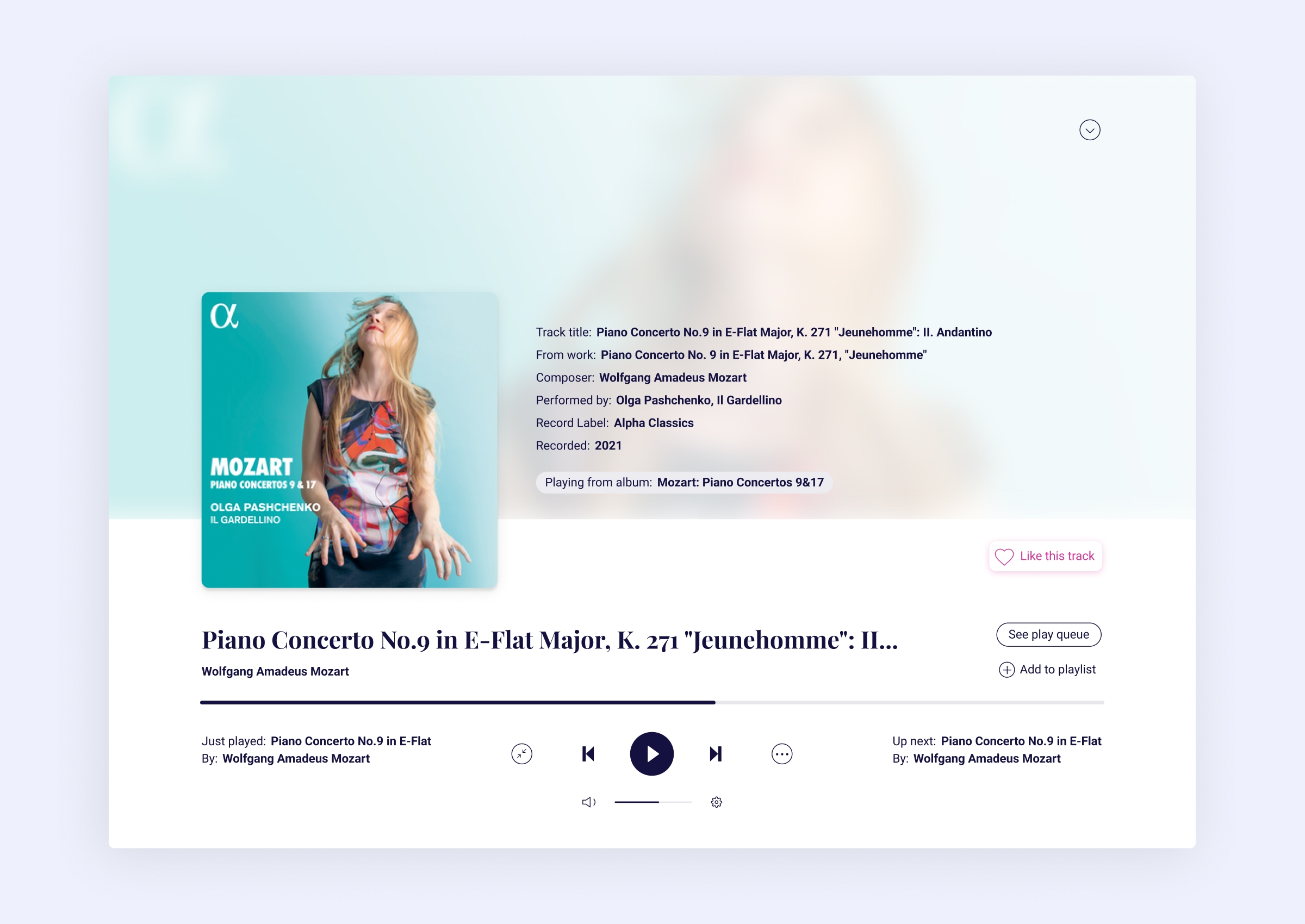 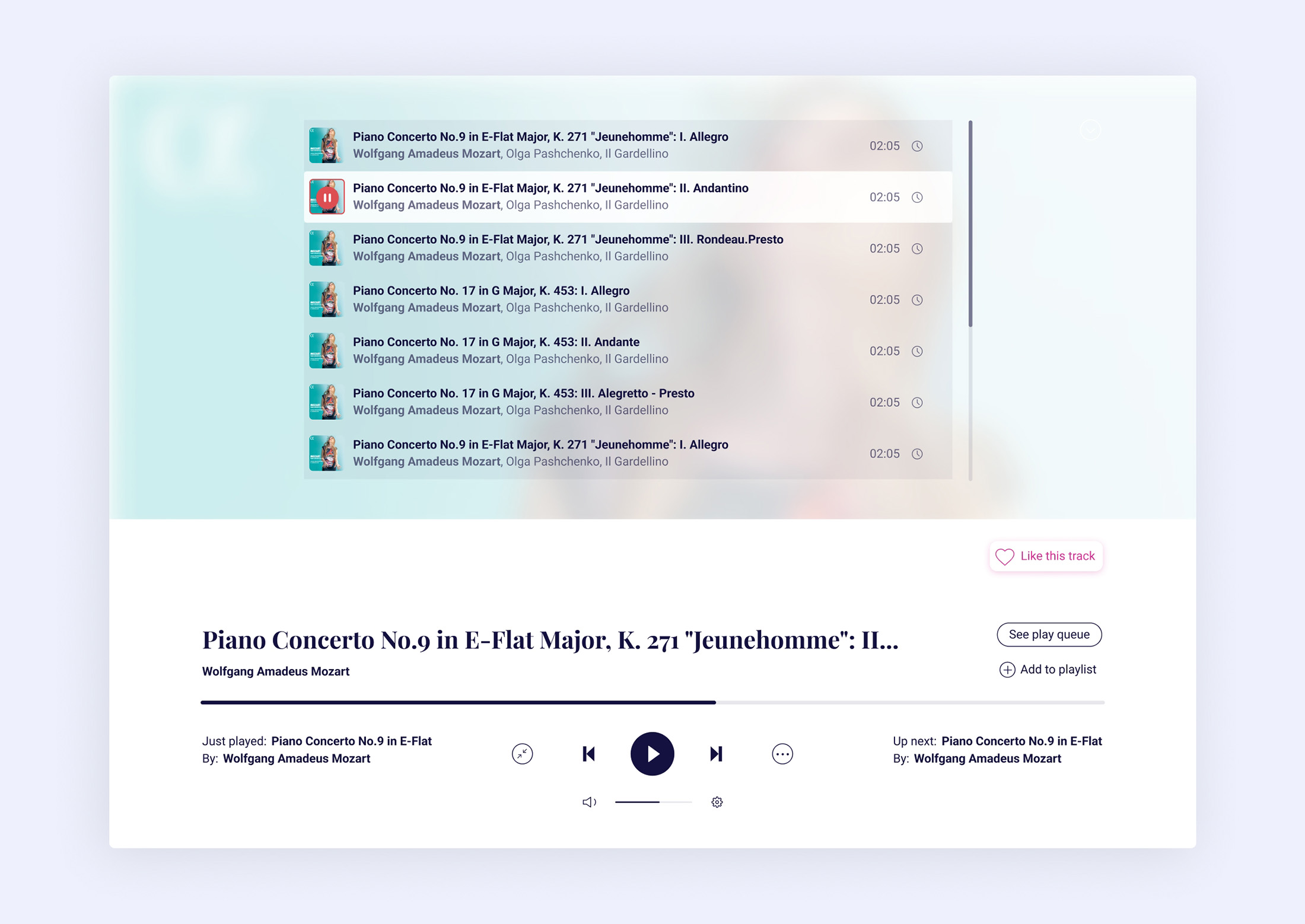 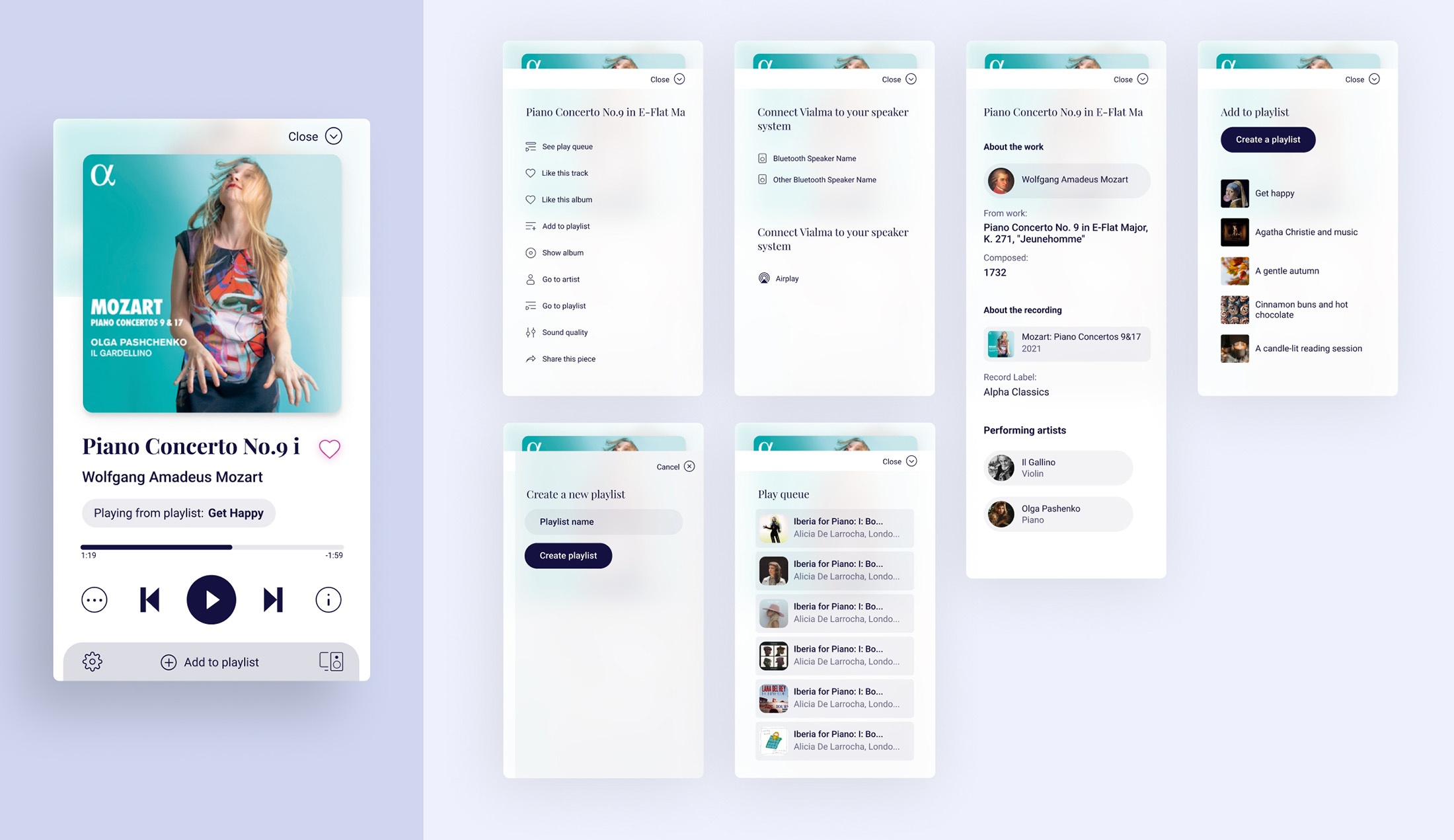 Want to discuss a project?

Got a project in mind? Let me know about it and let’s see how we can work together.
Get in touch